General Information
Magnificent and Rare nearly 3-acre Historical Monument. Was this romantic 1920 estate once owned by William Randolph Hearst Sr as one of many settings for his actress mistress and her glamorous friends from Hollywood's Golden Age? There's no proof, only rumors but the property's outdoor amphitheater and 25-car parking could be a clue. Today, the two-parcel property, among the last original parts of Hollywood's early Ocean View Tract, is a developer's dream set moments from the Hollywood Bowl and the center of New Hollywood. This romantic Tuscan-style compound could be renovated to its original '20s glory as a wonderful wooded manor ideal for entertaining and enjoying nature. It also has the potential to be divided to create five lots for single family residences at the upper end of the property off Glencoe Way which would enjoy views of the Hollywood Sign. The gated estate was designed by Dennis & Farwell, one of the West Coast's most important architectural firms known for designing the Hollywood Hotel and the Magic Castle. With LA landscape architect Paul J. Howard's design, it created magical grounds with nature trails, waterfalls and fountains. In the 1940s, the property became home to the Hollywood Art Center School, LA's first independent art school. It's founders, artists Henry and Mona Lue Lovins, are considered pioneers of today's Southern California Art School and students and faculty participated in such high-profile projects as the animation of Disney's Fantasia (1940), the Tommy Trojan Statue at USC (1930), and the iconic memorial to Rudolph Valentino in De Longpre Park (1930). The estate's over 3,000 square foot main villa is highlighted by a terracotta tile roof and soaring wrought iron gates opening to a circular inner courtyard with fountain. The living room, highlighted by a Batchelder fireplace, opens to a private patio with a waterfall. A formal dining room and library complete the public spaces. There is a guest suite on this level, along with two bedrooms off the kitchen ideal for a maid's quarters. The primary suite is secluded on the second floor. Nearby is a charming 1,551 square foot guest house with living room, kitchen, bedroom and office. The third structure is a small 1928 house with one-bedroom, separate utilities, and which can easily be converted to a studio. This is a rare and incomparable opportunity to acquire one of Hollywood's most iconic locations, surrounded in natural beauty and steeped in history.
Features

Based on information from CARETS as of 27/01/2023 07:00:00 AM. The information being provided by CARETS is for the visitor's personal, noncommercial use and may not be used for any purpose other than to identify prospective properties visitor may be interested in purchasing. The data contained herein is copyrighted by CARETS, CLAW, CRISNet MLS, i-Tech MLS, PSRMLS and/or VCRDS and is protected by all applicable copyright laws. Any dissemination of this information is in violation of copyright laws and is strictly prohibited. Any property information referenced on this website comes from the Internet Data Exchange (IDX) program of CRISNet MLS and/or CARETS. All data, including all measurements and calculations of area, is obtained from various sources and has not been, and will not be, verified by broker or MLS. All information should be independently reviewed and verified for accuracy. Properties may or may not be listed by the office/agent presenting the information.

Jeff’s last name, “Hartman” is no coincidence. I can’t speak more highly of him. He truly has a heart of gold and he knows his stu...
- Katie P.
View All Testimonials 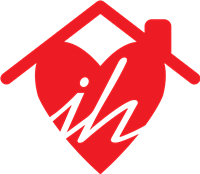